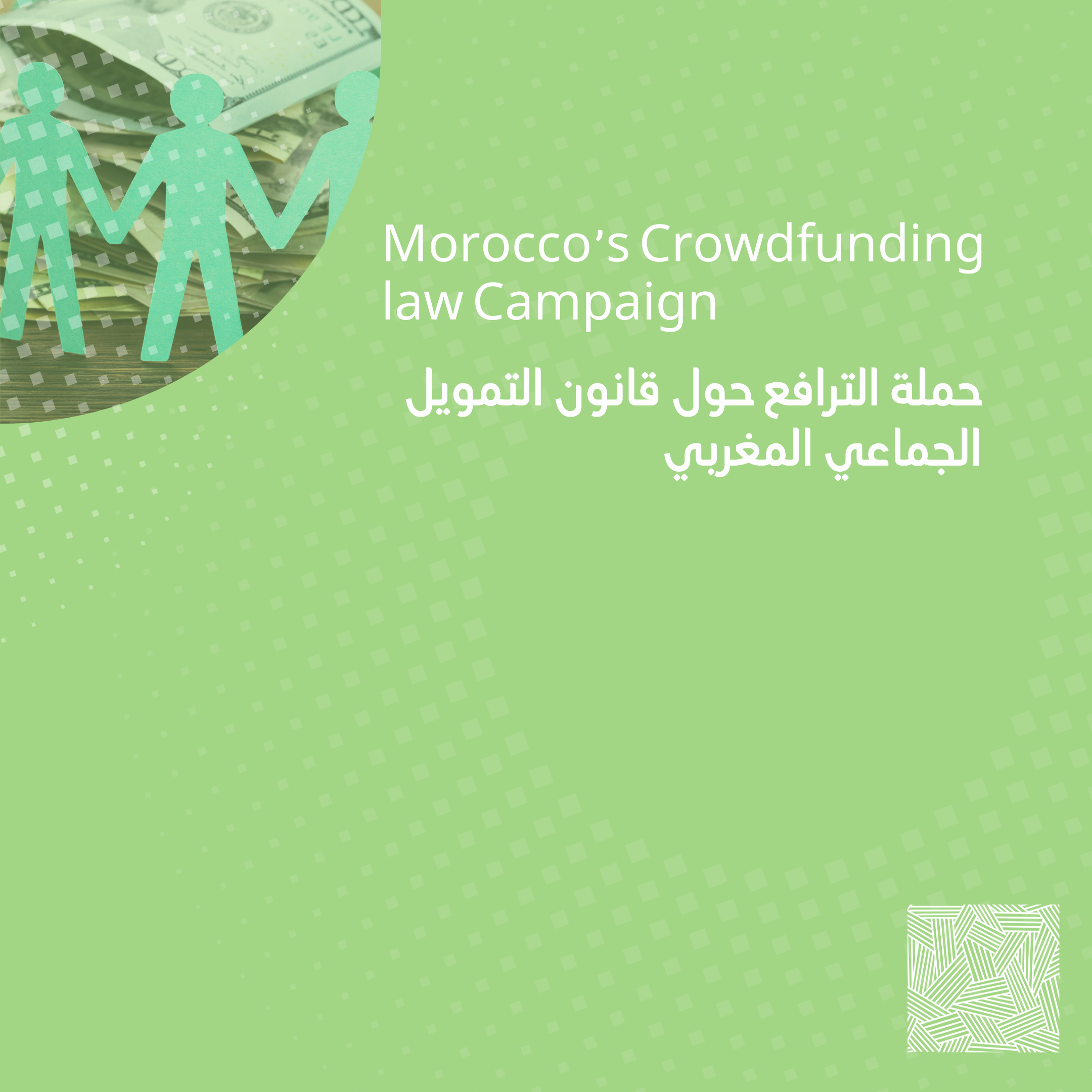 Financial Sustainability is essential to ensure that civil society organizations are able to continue working to hold power structures to account and promote our Freedoms of Expression, Assembly, and Association.  In the Middle East and North Africa, repressive NGO funding laws, passed under the guise of counter-terror measures are severely impacting social justice efforts on the ground.

An innovative solution being researched and tested by the I4C MENA Hub is using Digital Money as an alternative funding model to avoid the difficulties in transferring funds through traditional means.  MENA Hub conducted research on Digital Currencies, Crowdfunding, and the Civic Sector in the MENA Region.  The first of its kind in the region, this research involved extensive focus groups with CSO’s, Social Entrepreneurs, and Technologists and sought to explore the potential for digital currency to be used to strengthen civic space.

On February 11, 2020, the House of Representatives adopted the final crowdfunding legislation by a majority of votes. It included ten (10) of the MENA Hub’s amendment requests (out of 17).

Inspired by international experience with similar legislative changes, and building on previous national efforts in Morocco,  Simsim-Participation Citoyenne and I4C MENA, went through the process of policy change through advocacy and lobbying efforts to influence policies. The partners organized consultations and workshops with parliamentarians and CSOs to discuss and co-create the articles of the law which included a total of 17 suggested amendments submitted by all parliamentary groups.

The campaign resulted in Moroccos’s House of Representatives, adopting new crowdfunding legislation.  In February 2020. Bill 15.18 relating to crowdfunding was passed and included 10 amendments recommended by SimSim and the MENA Hub.

This victory is a significant stride towards a more open Civic Space and safer, efficient funding opportunities for Civil Society Organisations in the country.

In response to the change in legislation, the MENA Hub spotted the need for an awareness campaign to portray the new legislation to the public, and explain how these changes affect them and the work they carry in Morocco and launched a social media campaign in order to showcase the results and raise awareness about the crowdfunding law in Morocco in June 2020,