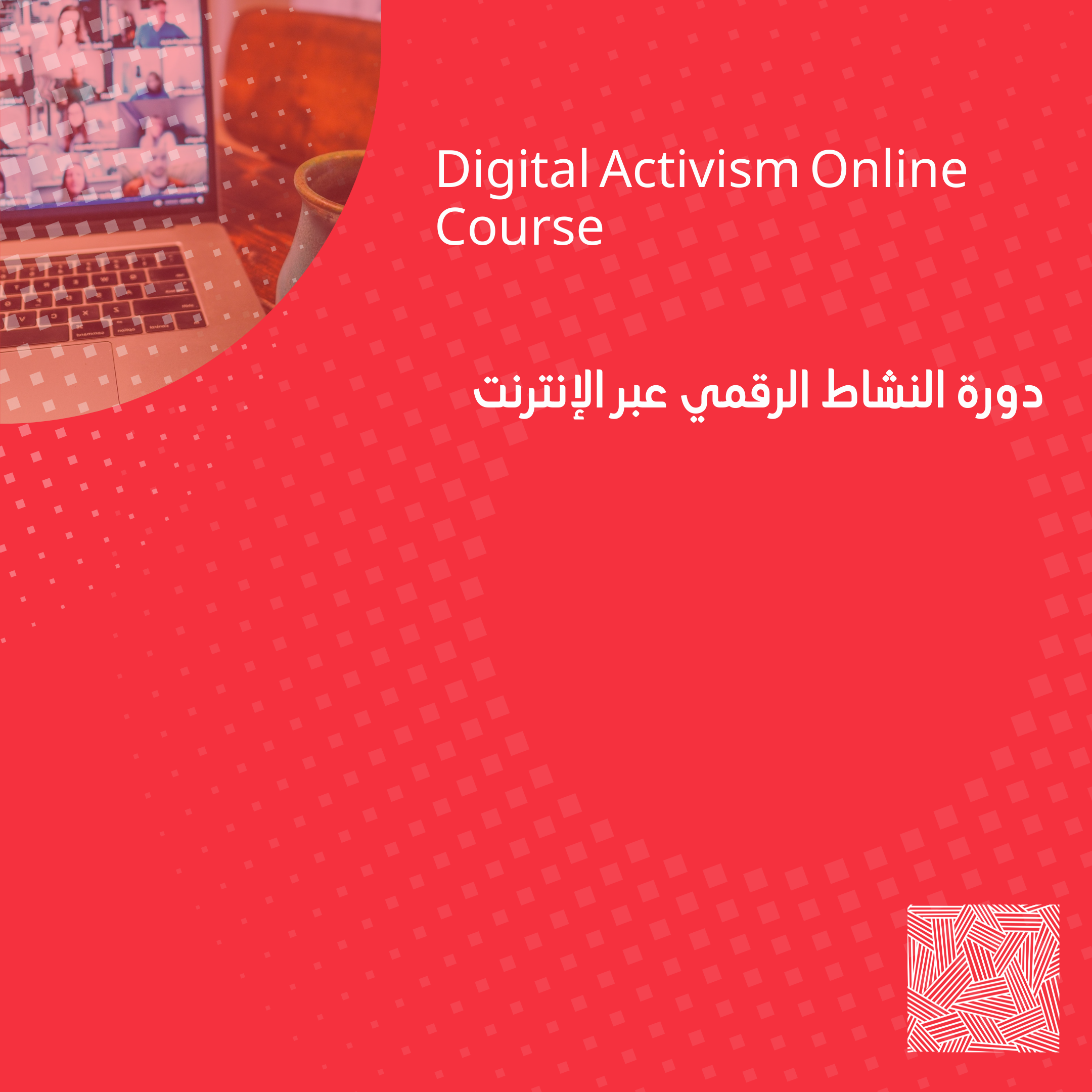 In partnership with Innovation MENA Hub partner SMEX, the partners launched a new online course in fall 2017 called “Digital Campaigning in the Age of Closing Civic Space.” The eight-week course (October 1 – November 25, 2017) was first hosted in Arabic for participants across the MENA region (with preference given to members of the Hub) and aimed to help activists develop a campaign plan for a current issue of focus. The course materials have also been made available in English for members of the MENA Hub.

“Digital Activism in Closing Space” is an online interactive course in advocacy on the online platform “NetHawwal”.

with the development of a digital activism course curriculum – 44 participants enrolled in the course and completed the training which was structured into eight weekly units. Each week, there are readings, activities, assignments, and quizzes on a certain topic on advocacy. The course addresses the fundamental components of online advocacy and the tools needed to measure the success of a campaign.

Over the last decade or so, the rising adoption and prominence of the Internet and mobile networks contributed to the expansion of civic space. These new platforms provided people with new tools and tactics, whose features were frequently adapted to push back against government curbs to their rights and freedoms.

Yet by many accounts, we’re now witnessing the narrowing of civic space around the globe. In the Middle East and North Africa region, the closing of civic space is fast becoming a defining feature of our civic landscapes. Governments are increasingly repressing expression, forbidding association and assembly, and surveilling their citizens, often justifying their actions with unfounded promises of enhanced security or economic development.

At the same time, civil society has become more dependent on digital networks and tools, while governments have become savvier about how to control and manipulate them, technically and legally. In the process, significant points of failure— such as censorship, mass surveillance, misinformation, appropriation of networks to promote violence and sexual harassment, theft of personal data and blackmail—have emerged and threatened to accelerate the contraction of civic space, precisely because it is now so digitally dependent.

Why is this innovative