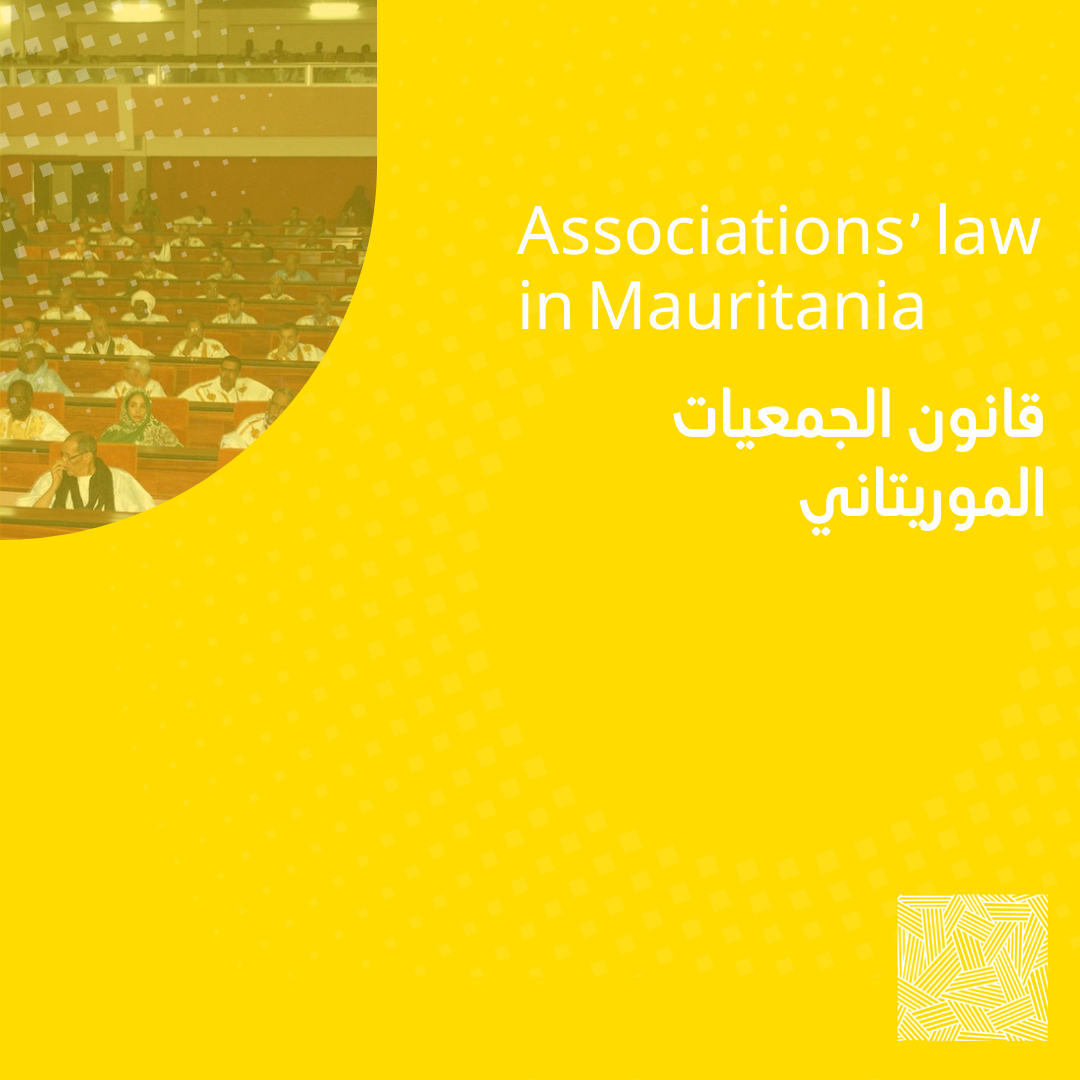 Across Mauritania, The work of civil society has been hampered by the 1964 Mauritanian Associations Law, under which the ministry can refuse permission for an association to legally operate “on vague grounds such as “anti-national propaganda” or using “an unwelcome influence on the minds of the people,” in addition to the ministry’s discretion to grant licenses to allow organizations to carry on with their activity legally and apply for funds, a  process that can prolong for up to a decade which Human Rights Watch (HRW) has labeled as  an “instrument of repression.”

In 2012 Civil Society Organization (CSO) Kafana applied to Mauritania’s government for a registration license that allows them to help youth in the northwest African country fight unemployment and discrimination.

Kafana refused to change its name, which means “enough” in Arabic. They continued sending requests to the country’s ministry of interior which is responsible for granting organizations the authority to operate, but the name was deemed “too political.”

Not being recognized as an “‘authorized association” was “like having a sword hanging over our head,” the group’s president Yacoub Ahmed Lemrabet told Amnesty, adding that Kafana worried about being shut down and employees jailed, fears that eventually came true in 2015 when Kafana was forced to shut their doors.

In 2019, a non-profit  Khotwa Association participated in a small-grant competition by Innovation for Change MENA Hub (I4CMENA) and submitted a proposal that was directly related to the hub’s primary focus; the closing civic space. The idea had the potential to scale into a more effective campaign. Subsequently, Khotwa association was awarded a $5,000 grant to carry out an advocacy campaign to change the prohibitive law.

In the fifth month of the same year, Khotwa conducted a 2-months long advocacy campaign to expedite the work of CSOs, through awareness and capacity-building training across the country in the cities of Nouadhibou and Nouakchott, and Zouerate. The campaign also included a digital component and recommended CSOs be allowed to obtain a license as soon as they notify the authorities of their request for one. During this, Khotwa conducted field research to analyze the difficulties faced during the establishing and licensing process of an organization.

A direct episode on one local TV channel and a Facebook page played a crucial role in spreading awareness and raising awareness about the archaic law.

Furthermore, the government positive response came as a pleasant surprise to Khotwa founder Moustapha Abderrahmane, to which he commented:

“We did not expect the government to respond quickly to the demands of civil society for a law permitting the right to peaceful assembly and the freedom to establish and form associations,”

“A new law that serves all of civil society in Mauritania.”

The bill was praised by Mauritania’s Commissioner for Human Rights, Humanitarian Action and Relations with Civil Society, Mohamed El Hassan Ould Boukhreiss, and has also been lauded by Parliamentarians who champion human rights.

“When we read the news about a government workshop headed by the Minister of Justice in February 2020 discussing a draft of the new Associations Law, we felt that we had accomplished something sustainable that serves all civil society in Mauritania,” said Mr. Abderrahmane.

The campaign team was elated to learn that the government had approved the draft law, particularly article 5 which states that “the Associations of people are formed freely and without prior authorization”, the new legislation allows a group to automatically obtain legal status within 60 days after the submission of bylaws and a document of declaration of incorporation to authorities. The authorities would immediately provide an acknowledgment of receipt of those documents and could reject the notification if it did not meet the law’s requirements.

“For civil society programs aimed at freedom of expression and the right to assembly, obtaining funding is difficult as the government does not finance any programs of this kind, and the sources are limited to domestic funds through programs that are usually implemented through international bodies,” said Mr. Abderrahmane.

On January 11th, 2021, the Mauritanian Parliament approved the Associations Bill which was considered to be  a win for Mauritanian Civic space as the new law further provides that  only a judicial authority can permanently suspend an association and states that associations are now eligible to receive domestic or foreign funding.